Press enter to begin your search

The official launch of Road to Rio School Workshops

We were also joined by ITV central news, who came along to record the event for the ITV 6pm news!

The day kicked off with an assembly delivered by our Programme Manager, that was focused on the Olympic and Paralympic values. With the help of stories from past games, the children learnt that friendship, respect, excellence, determination, courage, inspiration and equality were much more important than winning medals or breaking world records.

Non and Dean were introduced to the children, who had prepared questions for the guests, such as who their role models were from a young age, what their weekly training programme consists of and what they think is more important – physical or mental ability.

After the assembly, the children were brought into the ‘Olympic/Paralympic stadium’ (the school hall) to take part in a range of activities – Goal ball, Cycling, Seated shooting and Fencing.

“The Olympic and Paralympic games have the capacity to inspire everyone to participate and enjoy a wide variety of sports. The Road to Rio programme captures that excitement and allows children to take part in some sports that they wouldn’t usually have the opportunity to whilst learning about the Olympic and Paralympic values which are held core to each athlete competing.”

“It was great to see the children so motivated to take part and perhaps inspired to be the next Jess Ennis-Hill or Ellie Simmonds.” 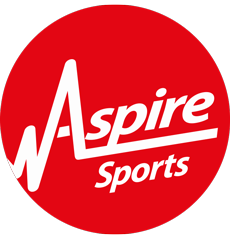